I was recently working with a struct passed around during view construction that contained a special msg function with this signature:

This function lets the user encode a regular msg and an UpdateType msg into a single msg value. But that’s beside the point. What’s important here is that the function is invariant on the msg type parameter.

Functions structured like this are covariant on msg: anything -> msg

Functions structured like this are contravariant on msg: msg -> anything

Functions structured like this are invariant on msg: msg -> msg

(The rules get a bit more complicated when anything is itself a function that contains the msg type in its signature, but we can ignore that.)

This container is contravariant over a:

It’s not actually possible to define a regular map function for this type. (Try it!) Instead, if you want to change the type parameter, you need to use this function:

It almost looks like the mapping is happening in reverse. In a way, it is! But that’s a story for another time.

Which leads me right back to the struct I mentioned earlier. We wanted to implement a map function for the element type we use to build our UI. (Like Html.map.) Since the Element type uses this invariant-on-msg struct it isn’t actually possible! I struggled with the compiler for half an hour before I made the connection that (Maybe msg, UpdateType) -> msg is invariant. With that knowledge I realized that it simply isn’t possible to implement an ordinary map function for the struct. That understanding probably saved another several hours of struggling with the compiler.

Guess this means that the category theory/functional programming stuff can occasionally be useful.

Interesting. What are the rules for more complex function types?

Contravariant in a:
a → b

The intuition for it is whether the function as a whole consumes an a or produces an a.

This function consumes an a: a -> b (contravariant)

This function produces an a: b -> a (covariant)

Thanks for the explanation - I never understood until now why it gets flipped inside a function argument.

This is quite useful stuff to know, as sometimes I have struggled when trying to do map like stuff over functions. I usually managed to get there in the end, but I feel like understanding the terms covariant, contravariant and invariant and how they arise would have gotten me there a lot quicker. 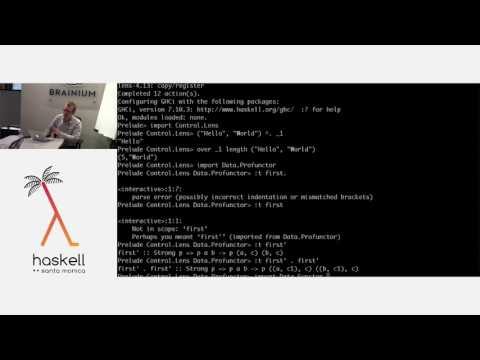 Not so much because it was explained perfectly, (there are a few parts where I had to sit down and work through an incomplete explanation myself) but because it was such a practical take on the concepts that everything finally clicked into place. He actually gave a concrete explanation for why you would want to implement the Profunctor typeclass for something along with several examples of actually doing it - that’s an explanation I wasn’t able to find anywhere else.

I imagine it was also because I had gotten to the point where I had enough background for it to click into place though, so YMMV. Burritos and all that.