Elm-effects-proxy: side effects as tasks or cmds with no ports

I have been working on monkey patching XMLHttpRequest in order for it to re-route specific calls to JavaScript functions and send the return value of these functions as the response of the AJAX call.

Here you have the code: 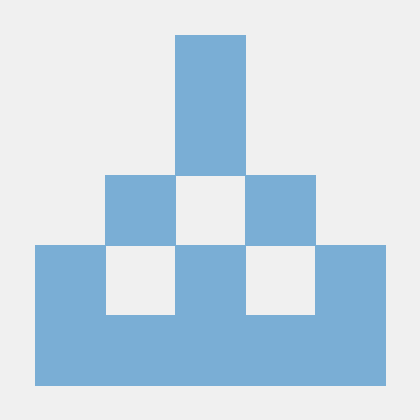 Patch for XMLHttpRequest that enables side effects as Tasks in Elm. - francescortiz/elm-effects-proxy

I will give a good use to this, but I would like to know what people have to say about this before I made the extra work of creating elm and npm packages.

I belive something like this was done earlier and the post was deleted? Making it very easy to interop with js is nice right now, but it is hurting the language in the long run. If great interface with js was a design goal it would have been there already implemented as “task-ports”. ( It is hurting elm in the long run as it makes people wrap js packages instead of creating pure elm solutions ) Also if too many people is dependent of the target beeing js and the target changes you would see anger just like when native was removed from elm. This solution with httpRequests can probably work with any target. But it still lets you easily wrap js packages, and then you depend on that js… And using hacks not intended for the language might result in an impossible swich to the next elm where this is not available. I’m not saying you should stop using this for yourself, but take this into account before making packages and advertising for newcommers to go the easy but non supported route…

I don’t think I’d want this as a package, but I do want to learn from it. I have a relatively specific use case in mind and using ports has been difficult. I’ve been using a JS package built on top of web torrent that has a very http like interface. Due to the nature of this project, while I can learn from and borrow some of your ideas, I wouldn’t be able to use any package you built without even more work on my end.

Also if too many people is dependent of the target beeing js and the target changes you would see anger just like when native was removed from elm.

Do you think that Tasks will be removed? I think that if they will they will come with a change that will make my patch unnecessary. For simple use cases where interop is limited, having Msg for every little thing can seem fine, but when creating Msgs becomes boilerplate, you know you need tasks.

Let me elaborate on that. In a single view we have different actions that have between 3 and 6 chained side effects (HTTP calls or JS INTEROP) and many of the side effects are shared between the processes. Let’s take one example chain of side effects:

Due to the nature of this project, while I can learn from and borrow some of your ideas, I wouldn’t be able to use any package you built without even more work on my end.

What additional work would you need?

Sounds like you know what you are doing. For info: I think maybe that older solution used a plain service worker, intercepting the requests without any patching. I think your usecase is a great example: If it was super easy to use your third party javascript api, you would just do that and be done. But as js-interop is possible but cumbersome to do in elm, you would actually consider creating an elm version of that third party api so that you can stay in happy elm-land all the time. And if that third party library was something like google firebase or some other third party api that more users would want to use, that would be a great elm package making the elm ecosystem better. But ofcourse, not all third party api’s make sense to port to elm, so your solution might be great for your usecase

Now that elm/browser is its own thing I don’t think it unlikely that Elm will target a backend VM our native code in the future. How far in the future is a different matter.

What additional work would you need?

It would be much simpler for me to mimic http request directly from the elm side. On the JS side I want to hook the web torrent library directly into the XmlHttpRequest, somewhat like what you’ve done. I’d prefer not to have another library in between, if that makes sense.

But ofcourse, not all third party api’s make sense to port to elm, so your solution might be great for your usecase

This is one of those cases. Just in case you are curious, the communication with this API is through an iframe using postMressage, so replacing the api call would also need ports to trigger the postMessage and listen for postMessage events; there is no escape JS interop in this scenario.

I’d prefer not to have another library in between, if that makes sense.

I we use the same thing, we can directly benefit from each other. If we don’t we can learn from each other. Since you say you are doing your implementation, feel free to ask any questions about what I did or provide any feedback.

I’m going to be doing this for my work app, though I’m going to stick with just ports. That app is already too complex with multiple AWS libraries being used.

I definitely will! This is the project I’m working on where I want to use this approach, and this is the package I’m using that has a HTTP like API.

Interesting. I used similar hack before, and found that it was very natural to have “Express.js server” in the browser.

The Express.js mock is here https://github.com/zalando-nakadi/nakadi-ui/blob/master/client/js/elmExpress.js

In Elm I just call URLs normaly with http tasks like
elm://localStorage/

I used this technique for some sever-side stuff (because XMLHttpRequest isn’t available in Node anyway) but i also don’t think that any packages should be published to the official repository that depend on this.