“not worth a diff” means nodes will be deleted and recreated (even if they would be equivalent). This can cause surprising performance and UX problems if one uses lazy conditionally.

Here’s an example of an input that loses focus when it switches between lazy/non-lazy rendering.

Glad to hear you managed to figure it out. It certainly is surprising that lazy would cause nodes to be recreated in a situation where not using lazy would not!

For your particular application, can you just leave the lazy out? Or move down into to other parts of the view code where it will not upset your inputs?

I can just make calls to lazy even in the cases I know it will “fail” to be lazy.

Btw, the generalization of this is: Elm’s vdom diffing considers a nodes of different types not to be equal, without doing any extra smart things to see if the results would be equivalent.

While wrapping that in lazy results in:

The vdom compares the parent nodes and sees that NODE !== THUNK and bails. I don’t think that’s a bug – it sounds like maybe you are requesting smarter diffing.

The vdom compares the parent nodes and sees that NODE !== THUNK and bails. I don’t think that’s a bug – it sounds like maybe you are requesting smarter diffing.

Have you done anything with this in elm-safe-virtual-dom? It strikes me that there are definitely some improvements could be made for both lazy and keyed. 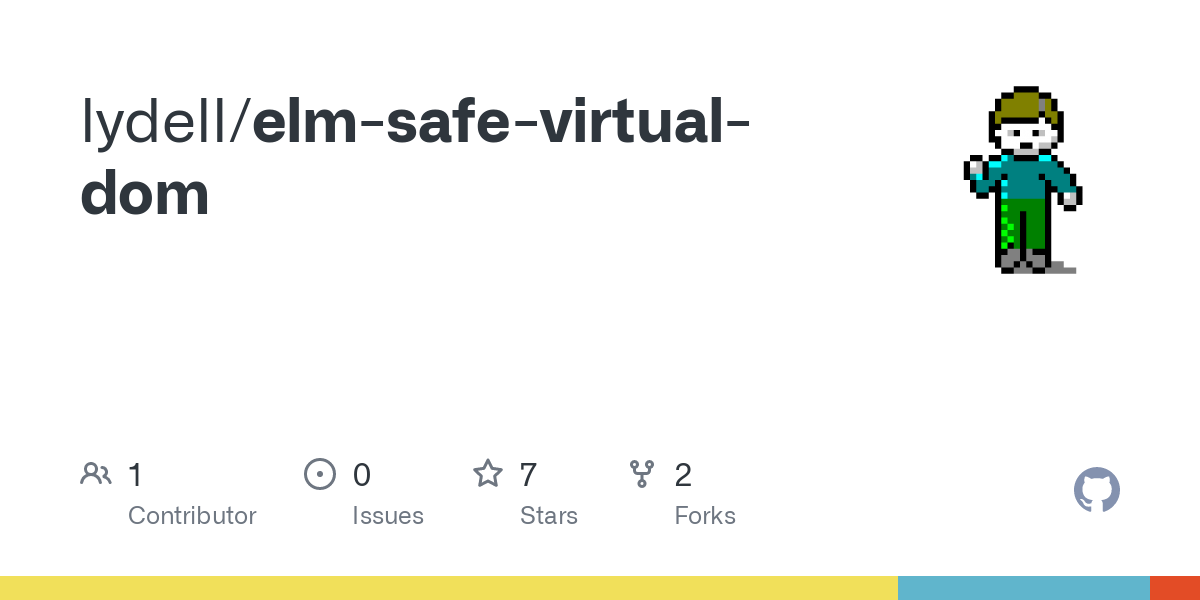 Contribute to lydell/elm-safe-virtual-dom development by creating an account on GitHub.

I haven’t tested yet, but I suspect that elm-safe-virtual-dom does not have this problem since I compare with the DOM, not two vdom trees.

I don’t think that’s a bug – it sounds like maybe you are requesting smarter diffing.

lazy is documented as an optimization. It is implied that we’ll always get the same result, but perhaps faster. Yet, here is a case where using lazy breaks the end user’s experience.

If this was clearly documented, we could call it a caveat. In this case, I’d say bug, insofar as it is unexpected and breaks things for the end user. It took me a few days to track down this undesired behaviour and I had to post-process my compiled elm to log diffing/patching to figure out what was happening. Whether or not to document this, “fix” it, or sweep it under the rug is another issue (not mine). Or perhaps the compiler could warn if an expression returns lazy and non-lazy nodes?

Whether or not to document this, “fix” it, or sweep it under the rug is another issue (not mine).

If you have the time, please create a GitHub Issue on the elm/virtual-dom package, with your code from the Ellie. I know it seems kind of pointless but a future me that finds time to continue with elm-janitor would definitely find it helpful to have this documented there.

lazy can cause loss of user's input focus

VDOM diffing follows the logic as outlined in its comment: > // Bail if you r…un into different types of nodes. Implies that the > // structure has changed significantly and it's not worth a diff. This means it will bail if it runs into a thunk/node diff, even if the thunk would generate the same output as the node. If follows that conditional use of `lazy` can trigger DOM node deletion/creation even for nodes that do not change, and this will cause a loss of user's input focus if a text input is recreated. Below is an example where `lazy` is used to render input only when it contains an "s", and every time that condition changes the user's input focus will be lost. SSCCE ```Elm module Main exposing (main) import Browser import Html exposing (Html, input) import Html.Attributes exposing (value) import Html.Events exposing (onInput) import Html.Lazy type alias Model = String initialModel : Model initialModel = "Don't delete the \"s\"" type Msg = InputChanged String update : Msg -> Model -> Model update msg model = case msg of InputChanged s -> s view : Model -> Html Msg view model = if String.contains "s" model then Html.Lazy.lazy viewInput model else viewInput model viewInput : String -> Html Msg viewInput s = input [ value s, onInput InputChanged ] [] main : Program () Model Msg main = Browser.sandbox { init = initialModel , view = view , update = update } ```

The way I see it, the only promise lazy makes is that it sometimes won’t call your Elm function. It says nothing about the DOM.

Note: I’m not trying to argue with you. It is unexpected behavior you are demonstrating.