It was decided by approximate concensus that the elm-community GitHub org, should not take on any new packages. Instead, if an important package becomes unmaintained, users should just fork it themselves if they want to continue maintaining it. This could make it harder to find the right package amongst many clones, but has other advantages as a more asynchronous way of working.

It seemed generally accpeted that the various *-extra packages that exist in elm-community, are a good set to keep there, and should continue to be maintained there.

You can find the discussion (temporarily) on the Elm Slack #elm-community channel, if you wish.

The guidelines have been updated to reflect this new status, and Evan provided a short history and summary of the GitHub org. 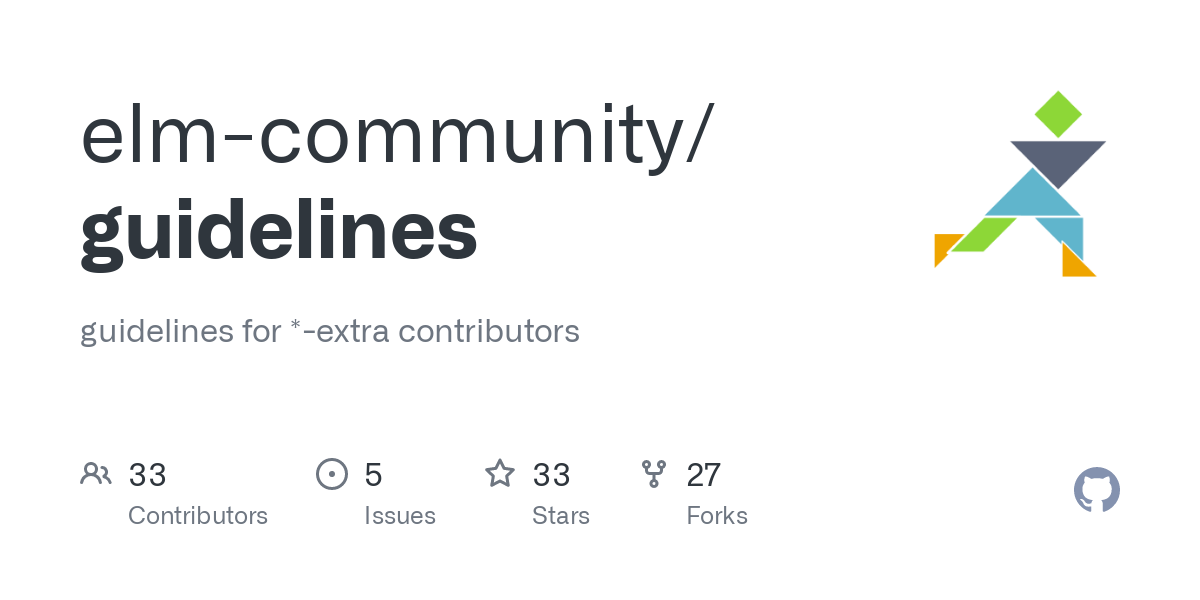 guidelines for *-extra contributors. Contribute to elm-community/guidelines development by creating an account on GitHub.

I was maintainer of elm-community/typed-svg, I will now fork that as the-set/typed-svg. My thinking is that whilst typed-svg is useful, its also not the easiest thing to use. Someone could conceivably come up with a better SVG package that is also typed - some kind of DSL or better concept for dealing with the large size of SVG.

So there is no particular reason for typed-svg to be considered special, or the default option to pick here.