Hi Community, I’m new in Elm and I’m just starting learning and so far it’s so good, I like all the idea behind of the language one of those is about create a better package ecosystem focus in quality and security.

I have been doing we applications for over 10 years and I really don’t like the way frontend development is going especially npm and the black hole that is node_modules, I want to try to stay away from it.

My concrete question is, are there alternatives to elm-live, elm-analyse or https://github.com/rtfeldman/node-test-runner that don’t depend on node/node_modules package.json and all that stuff?

yes, I don’t want have node just in the elm project but at the time share de dependencies with other forks to have the same dev tools in a easy way to install those

To work completely without node,

elm-test: there is now the option to use GitHub - mpizenberg/elm-test-rs: Fast and portable executable to run your Elm tests instead

… though now that I think of it, elm-test-rs may actually require node to execute the compiled tests. So actually you may not be able to run tests without node. (There used to be an HTML test runner, but it was discontinued in Elm 0.19.)

You can use elm-tooling (Announcing elm-tooling CLI) to install and manage the non-npm dependencies, though there are indeed few of them.

I would also suggest elm-review instead of Elm Analyze which is not being developed anymore. Though both still use npm.

elm-tooling itself is an NPM package though?

An overview of Plug'n'Play, a powerful and innovative installation strategy for Node.

There is also nix which can package tools and applications for multiple languages including elm, I use it to install elm, elm-format and elm-test on per project basis.
Example at 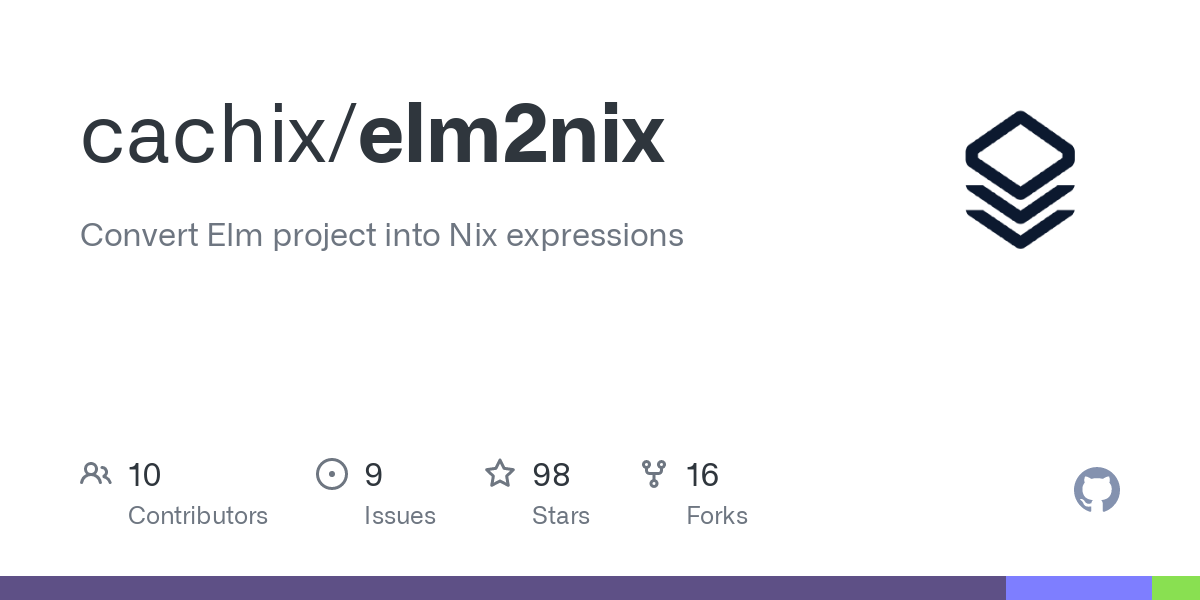 Convert Elm project into Nix expressions. Contribute to cachix/elm2nix development by creating an account on GitHub.

thanks, looks as a reasonable alternative to install fast all those tools at ones

It only relies on the elm-binary itself.

I wrote https://deno.land/x/deno_elm_compiler@0.1.0 for compiling Elm with Deno a while back. Excited to see @opvasger 's work too!

work in progress available here. It’s very much not done

As an alternative to npm you could also consider pnpm

I discovered this project a while ago and really liked it: GitHub - cloud8421/elm.mk: Makefile based toolchain for Elm projects. Inspired by Erlang.mk

its only dependencies to npm are uglifyjs and elm-test - you can probably replace the latter with elm-test-rs.

The project ist a bit dated, but should get you started…

I haven’t spent time on it but what it would take would be rewriting the supervisor distributing the work and gathering the result in a version using Deno APIs instead of Node ones. The main challenge probably is reproducing in Deno the main + worker + worker messages scheme based on Node workers and worker messages API that we are using.

all those are really promising and interesting projects, you have given me a lot of ideas and projects to evaluate, Thank you!, now I see a light at the end of the tunnel away from node_modules

be aware, that most people can’t use elm reactor in the long run, as it doesn’t work with certain context

if your using the elm-language-server, you’ll get something similar to elm-analyse, but build in.