Here it comes, finally, after 9 months of work and a big push in the last few weeks, I am super happy to announce the first beta version of elm-test-rs, a new tests runner for the Elm language. Executables for Linux, MacOS and Windows are available in the assets of the latest release. Special thanks to @harrysarson and @tforgione who have followed along closely and helped me with parts of elm-test-rs!

What is elm-test-rs, why should I care?

Basically, it is an alternative to node-test-runner, which is the library you use when running the elm-test command. This new tests runner brings some cool new features like capturing and reporting calls to Debug.log or filtering of tests based on descriptions and should be easier to maintain, extend and update with new elm versions. Here is the project home.

What are the differences with elm-test?

There are many differences, both on the inside, and the outside.
Let’s make a quick list of all major differences.

Why did I do this if elm-test already exists?

The origin of this goes back to February of this year (2020), when I was working on the online experience for the Elm track on exercism. In order to let people use the site without having to install anything, there has been a ton of work involving setting up containers and code editors to be able to run user code and report tests failures to the user. At the time, I briefly reported some of the issues I faced in this short post. But one really annoying problem I didn’t manage to solve at the time, was the bad interaction between the presence of Debug.log in student code, and the reports of elm-test. I made an issue about that in node-test-runner.

Unfortunately, back in February, the node-test-runner project was basically on maintenance mode. Some of my issues required big architecture changes, so I decided to go on try re-architecture things in a language I’m more confident in than JavaScript, so I picked Rust for that project. Recently, with the contributions of @harrysarson and @lydell , node-test-runner is alive again, but I was already too deep into elm-test-rs to stop.

Let me know what you think if you try it!

A lot of work and love was put into elm-test-rs, but it is still a beta version, and I’m only able to test Linux locally. So if you are interested in elm-test-rs, give it a try, and let me know if unexpected things happen! To try it, simply download the executable for your system in the latest release assets and run elm-test-rs in one of your Elm projects.

If you are interested in the some of the design decisions, architecture choices and implications on performances of elm-test-rs, here are some complementary notes.

For (1), node-test-runner@0.19.1-revision4 is using custom JS code, that is not a full dependency resolution algorithm, and thus causing few dependency issues in some edge cases. To solve that, node-test-runner@master now leverages elm-json as a binary, which makes it a bit longer to npm install but overall brings correct dependency solving at almost no runtime cost since elm-json improved its offline mode. In elm-test-rs, we leverage the pubgrub dependency solver that I presented here few weeks ago, meaning there is no additional installation cost as it’s embedded in the elm-test-rs executable.

For (2), node-test-runner@0.19.1-revision4 is using the elmi-to-json binary, which is a tool to convert the .elmi interface files generated by the elm compiler. This means that an additional preliminary compilation step is required to generate the .elmi files, and then it uses elmi-to-json to extract the exposed tests. Both in node-test-runner@master and in elm-test-rs, we are detecting exposed tests with a new approach. First we parse the tests files to extract “potential” tests values, then, in the generated JavaScript, we embed a kernel-written function check : a -> Maybe Test used to filter all potential tests values with code looking like this:

On my machine, and with my network (which is impacting the elm compiler), here are a few timings obtained for node-test-runner@0.19.1-revision4, node-test-runner@master and elm-test-rs on successive calls. Beware that the first run with a cleared elm-stuff will take additional time with all three tools, due to more things happening within the elm compiler.

As you can see, both the upcoming node-test-runner and elm-test-rs are swift to run when there is a small amount of tests. For elm-test-rs, the 600ms of the empty package are roughly divided in 10ms for the preparation Rust code, 300ms for the elm compiler, 300ms to spawn the node supervisor and the worker for the one test present.

The preparation code isn’t the only architectural design difference with node-test-runner. In elm-test-rs, I implemented the simplest system to distribute tests to the runner workers and gather tests results. The supervisor gives a test to a worker. When this one is done with it, it informs the supervisor of the result, and the supervisor gives it a new test to run. In node-test-runner however, the tests are split in as many groups as workers, and each one runs all the tests of its group and then informs the supervisor of the results. So node-test-runner has a lot less communication going between the supervisor and the runners for work distribution. I believe that’s why it is faster than elm-test-rs when there are plenty of unit tests, such as with elm-color which has 8963 tests. But one advantage of the very simple model of work distribution of elm-test-rs, is that some functionalities like capturing debug logs are almost a one-liner:

Thanks for sharing! I really appreciate this kind of work, and I’m glad more Rust-based tools are showing up in the Elm world.

Although there’s no npm dependency, you might consider publishing it to npm, similar to how elm does it. I’m biased, coming from the JS world, but I like being able to clone a repo, run npm install, and have the right versions of everything.

Thanks again. I ran it on a project, and it worked flawlessly

I’m glad it worked for you! Probably a better alternative than making an npm package for elm-test-rs would be integrating it in elm-tooling.json. I’m not super fluent at JS but if that’s helpful to you, don’t hesitate to reach @lydell who’s the author of elm-tooling.json.

Thank you for sharing this. I am looking forward to trying it with more projects. I can confirm it works with some projects. I found the current version fails when running in this directory: 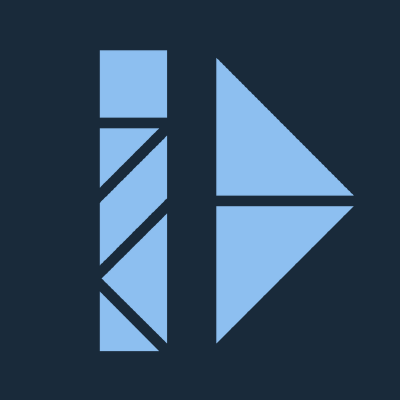 How to build full-stack apps using the Elm programming language.

Here is the output I got, tested on Windows 10:

The Elm test code appearing in the error message comes from here:

I guess it has problems with some characters in string literals in the Elm syntax.

Thanks for the feedback! It’s failing to parse a multiline string literal because of my indexing of a slice of that string that contains long unicode chars. I’ve added unit tests for these and opened a PR with those failing tests: https://github.com/mpizenberg/elm-test-rs/pull/43

I released version 0.5 with some improvements.